Skip to main content
Labels
Posted by Unknown May 29, 2014

The King is Dead: Trials and Punishments

So... Player's Guide information or GM Guide?  I'm leaning toward GM Guide, but I'd like players to know how risky the life of a revolutionary can be... 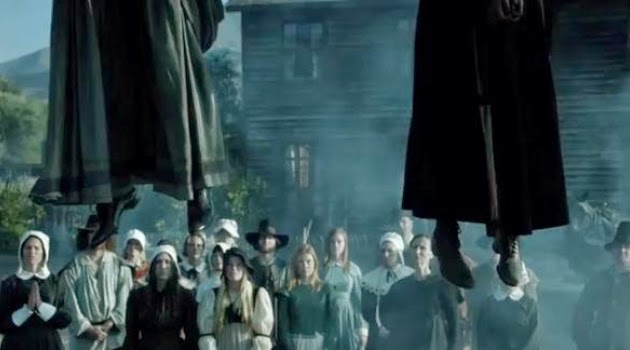 COMMON AND CANON LAW
The people of Malleus have been cowed into submission by centuries of brutal oppression by a corrupt and malignant State and Church.  While the system breeds resentment like a festering corpse breeds flies, it takes the truly brave to openly defy it.  Most who fly in the face of it are swatted down.


Trials and Judgment
The depraved legal system of Greater Malleus is essentially divided into the common law enforced by the king’s magistrates and the canon law enforced by the Holy Panoptic Church of Sathaniel.  Emperor Etzel cunningly balanced devotion to the Church with cultivating his own power, resulting in a “separate but equal” doctrine of Church and State that has been copied by his client kings (like King Wilhelm) and which persists to this day.  Crimes of the body are punished by the State while crimes of the soul are punished by the Church – and crimes of body and soul are punished by both.


Mallean courtrooms feature a judge’s bench against the north wall (symbolic of the long night of winter) and a predicant’s [priest’s] pulpit against the east wall (symbolic of Sathanielism’s rise from the east); there is no jury (though the judge may entertain suggestions for punishment from the audience in an atavistic leftover of the Gothic tradition of trial by peers).  The proceedings begin with a prayer from the predicant, followed by presentation of evidence by the accuser and defendant, examination of witnesses, and pronouncement by the judge.  Professional lawyers can be hired to represent both accusers and defendants, but are provided by the state for neither side (leading to abundant bribery throughout the process).  If the crime incorporates violation of canon law, the predicant will also make a judgment; if not, then the predicant will simply close with a prayer.
Punishment


Capital punishment is relatively rare in Greater Malleus; a dead human, after all, pumps no blood.  It is usually only practiced in cases of vampiricide. Depending on the enormity of the crime, a convicted vampire killer may be publicly devoured by the vampire’s kin, hanged, or burned alive.  Fatal exsanguination is the most common judgment, as it allows the vampire’s kin to enjoy their vengeance personally.  Hanging is sometimes pronounced when the vampiricide’s blood is “not worth drinking;” such humiliation can result in the killer’s family being ostracized (as per the Outsider Hindrance).  Burning is usually pronounced when the vampire is also clergy; it is equally a ritual of excommunication as well as execution.
Other forms of punishment are more common because they do not waste blood: