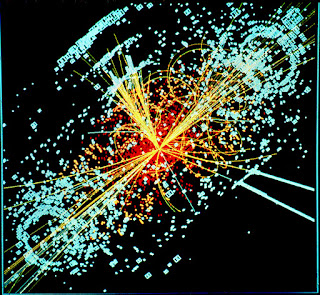 The Grand Unified Savage Worlds Theory
I love Savage Worlds because it's a big, crazy mash-up of everything good about role-playing games.  I don’t have a specific “type” of game I favor above all else.  Riffing off of popular models of RPG theory, I can (and do) enjoy what I'm going to call board-gaming (rules, dice rolling, battlemaps), storytelling (meta-game control of genre simulation, player agency to control the game world, “we are all telling a story together”), and immersion (old-fashioned “I am in the head of my PC; I interact with the world from her frame of reference”-style play).  And I can do all of that – or as little of that – as I want with Savage Worlds.

The board-gaming or gamist elements of miniatures in Savage Worlds are pretty obvious, and they’re really not something I ever got into before playing Savage Worlds.  I was always a “theater of the mind” GM because I’ve got better things to spend money on than miniatures (like comics and wine), but I went nuts for paper minis and map tiles for a couple of years.  I’ve given them up again because they really slow down play, but there are other gamist parts of Savage Worlds that I can enjoy without having to blow my money on printer ink or limit my players to the venues I’ve printed up.

Mass combat is an obvious board-gaming element; forces on both sides are tracked through tokens in what amounts to a “mini-game” inside the main rules system.  Player characters get separate rolls on a success table to see how their actions affect the outcome of the battle.  This works quite well and, frankly, speeds mass combat up from having to run it a round at a time.  Chases are also handled through a mini-game, with position of the participants determined by a combination of dice rolls and card draws.  Extended actions also call for card draws in order to add a random element to the difficulty of the moment.

These embedded mini-games amuse that part of me that occasionally plays Tripoley with the in-laws or fondly remembers playing Axis & Allies with my early gaming compatriots.  Playing a role-playing game is, after all, playing a game; sometimes it’s just fun to roll the dice, draw the cards, and gamble.  Such aspects don’t necessarily appeal to all gamers, though, and it’s easy enough to discard both miniatures and mini-games.  Mass combat can be handled in a microcosm, with gameplay focusing on the actions of the PCs, and chases can always be handled as simple, round-to-round actions using the usual initiative system.  Both options might better appeal to those who prefer immersion (it seems to me that storytelling players will find the mass combat rules effective).

Bennies are a “do-over” mechanic that allows players and the GMs a chance to reroll the dice for a better result.  As a GM, I enjoy this because I can be a softy by handing out bennies when the players are being awesome but also shield myself from peer pressure to just flat-out allow a do-over when someone flubs an important roll.  The wild die is a mechanic whereby player characters and important NPCs get to roll two dice for most actions – choosing the higher score, naturally – while most NPCs only get to roll one, thus stacking probability in the players’ favor.  Both of these mechanics supply a certain level of “meta-gaming” but become practically invisible when you’ve used the system for awhile.

(Arguably, they are also both undermined by the “exploding dice” mechanic.  When a die roll results in the highest score – a 6 on a d6, a 12 on a d12 – the die is then rerolled and the results are added.  This can go on multiple times if the dice keeping exploding, so it is entirely possible for a lowly goblin to roll a ridiculous damage roll and kill a legendary hero – but that’s what bennies are for.)

Interludes are the most blatant storytelling mechanic in the game because they literally just involve telling a story.  When faced with a significant period of downtime – like a long journey across the game setting – it is suggested that, instead of a series of unimportant and potentially resource-draining random encounters, a player volunteers to tell a story about her character’s past.  The theme of the story is randomized with a card draw (a heart means a tale of love, etc.) and the player receives a benny for being put on the spot.  I have yet to use this mechanic, but it would be a great way to work in a chance for players to show off the thought they’ve put into their characters (and give me material to bring into the campaign).

The adventure deck is an option that allows the players to do some minor GMing.  It’s a deck of cards with various one-time events and bonuses the players can use to boost their characters or change a scene.  Players are only allowed to play a card once per game session, but may draw multiple cards based on the character’s rank in order to optimize their choices.  Many cards offer simple temporary increases to skills or damage rolls, but others can alter the scenario significantly (though with the caveat that it’s at the GM’s discretion).  One card allows for a mob of angry locals to rush to the players’ aid; when one of my players used this in a game based on “”Manos:” The Hands of Fate,” I used it as an excuse to have a bunch of drunken rednecks show up and start shooting up the place.  I actually greatly enjoyed this because I like to improvise and I like to be surprised by the game.  I’m highly cognizant of the difference between a GM and a novelist and I have no illusions about my ability to control the narrative.  As the GM, I am actually just another player; why shouldn’t I be able to enjoy being surprised by the story too?

Savage Worlds allows for a gaming group to make a campaign a story about their characters’ triumphs – if they want to.  The flow of bennies across the table is up to the GM; if the group wants to gamble with their characters’ fortunes rather than ensure their success, the GM can restrict bennies to the bare minimum.  Increasing the number of Wild Card (wild die-using) NPCs the players encounter will also reduce their statistical advantage (but, again, the exploding dice abrogate this to some degree).  As the other storytelling components are completely optional, the impact of the meta-gaming/storytelling aspects of Savage Worlds is completely mutable.

It is my firm belief that any RPG can be an immersive role-playing game as long as you think and talk in character and save the dice rolls for when they’re really needed.  This is supported by the text itself with the advice on the roleplaying campaign type in Savage Worlds Deluxe (pp. 122-123),  That said, Savage Worlds games can obviously fall heavily into the board-gaming and storytelling side of things (and I’ve certainly been guilty at one time or another of allowing that to happen).  Despite all of these meta-gaming aspects, it's obvious the game is written to be immersive.

There is no “Find/Remove Traps” skill in Savage Worlds.  The closest there comes is Lockpicking.  I have to admit that the text of the Lockpicking skill description mentions using it to remove traps, but you know what?  The skill name is Lockpicking.  If you want to emphasize player skill in your trap-filled dungeon, just be literal.  Limit Knowledge skills.  Drop Guts.  Require roleplaying Persuasion and Streetwise attempts and assign bonuses and penalties based on the player's skill.

There are no character classes, so players have to involve themselves in their characters' growth.  There are no alignments, so players have to make their own moral decisions.  There are very, very few Edges or Hindrances in the core rules that have the meta-game restrictions of "Daily" or "Encounter" powers, so almost everything a character can do is something that directly reflects her existence within the game world.  The description for Tricks -- the ability to outmaneuver or outwit a foe for a temporary combat advantage -- specifies that "[t]o perform the trick, the player must first describe exactly what his character is doing..." (SWD p. 76).  The game is written to require input from the players, to require them to immerse themselves in the game.

One System, Many Games

One of the elements I know I'll have to include in the Regency/Gothic book is GM advice.  Part of this advice is going to have to be how to adapt an RPG system intended for fast, furious, pulp action into a game about emotions and romance.  I also, frankly, sometimes feel a need to justify the whole thing to myself.  Why aren't I just creating my own system (besides the fact that I'm lazy and part of the impetus for the whole thing was just the perverse kick of doing Savage Jane Austen)?  I honestly believe Savage Worlds is a system that can handle all of my needs.

Savage Worlds lets me zoom in and zoom out.  It lets me be immersive when I want and lets me board-game when I don't.  I can run a political conspiracy as a series of interpersonal negotiations, or I can abstract it to a mass combat.  I've never played any other RPG that allowed such customization.  I can use Savage Worlds to play the game I want to at that moment -- no matter if it's board-gaming, storytelling, or immersion.
Labels: OSR Regency/Gothic rpg savage worlds