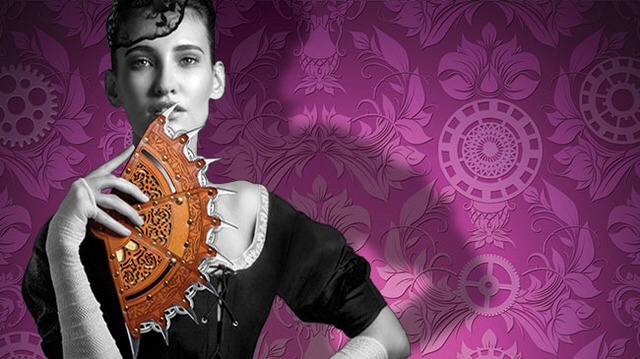 Well, our most recent duet campaign was abruptly euthanized last night after lingering in terminal doldrums for several weeks. I wanted the next campaign Robin and I were going to play to be Blue Rose AGE, but Robin likes to have physical books on hand when we play in established game worlds and we haven’t received that from the Kickstarter yet. Instead, it’s time for another hastily-improvised original setting: a knock-off of Gail Carriger’s Parasol Protectorate universe.
I’ve only read half of Soulless, the first book in the series, while Robin has read the original five volumes, the Finishing School YA spin-off, the published volumes of the sequel Custard Protocol series, and the novellas set in the same world. I don’t feel intimidated by this; my reaction when reading Soulless was “I could have written this” – but not in a dismissive way. Rather, I found the book to be surprisingly in line with my own sense of humor and world-building; this did, admittedly, disincline me from reading further, but that’s more from not feeling surprised or educated by the story, rather than disliking it.
Carriger’s world is a steampunk fantasy Victorian Age. Ghosts, vampires, and werewolves are openly part of society, though hardly considered safe. Airships and mad scientists abound, as well as weirder forms of supernatural beings. A secret service polices the supernatural to protect the mundane folks.
For our knock-off, we’re going to use the classic World of Darkness divisions of supernatural beings: vampires, werewolves (and other shifters), wizards (and mad scientists), ghosts, and fairies. Less common supernaturals will lurk around the edges; Frankenstein’s monster is undoubtedly up to something (I usually portray him sympathetically, so maybe he’ll be a villain this time instead) and perhaps a few mummies have awakened. During last night’s brief session (occurring after several hours of debating what setting to use), I mentioned that Dr. Jekyll was lecturing in London. I should totally throw in the Loch Ness Monster at some point.
Our heroine is a wereleopard of Anglo-Indian descent, the youngest child of a nabob family that rose to prominence in the late 18th century. She’s only 1/16th Indian, so her family’s money means she only feels the barest trace of prejudice from the most hidebound members of the aristocracy, but she is still regarded as somewhat exotic and strange, leaving her with no suitors yet at the age of twenty. Her family has just returned to London for the Season, so her mother is determined to correct that.
Robin quickly established that Ruby Hastings (our heroine) possesses and inquisitive mind, straying into being a bluestocking. She’s also discontented with societal expectations; I get the impression she finds balls and other such entertainments dull, but isn’t repulsed by them. To give her some independence (and a gadfly), I had her parents hire a companion to chaperone her about the city. Elsie Cottingly, despite putting on a show of propriety for her parents, quickly revealed to Ruby that she possesses a rather dirty mind.
(Actually, “Elsie Cottingly” wasn’t the character’s name when I introduced her, but I didn’t write it down and forgot her name overnight. I chose the name just now because I have determined she is definitely a fairy and wanted a name that reflects that and that I’ll remember.)
Our last campaign was about a fae sommelier in modern New York, but it quickly got bogged down in real-life concerns (also, our heroine kept refusing the Call to Adventure). I’m not saying a campaign or story about fairies who don’t belong to the Seelie or Unseelie courts forming their own union couldn’t be interesting, but it wasn’t working for us. This game will need to be deliberately more adventurous, so I need to introduce a supporting cast and start getting them into trouble.
So, who do we have?
Who do we need?
A harem of suitors, obviously. Not to borrow too heavily from my brief dalliance with Carriger’s world, but a Scottish werewolf certainly sounds appropriate. Maybe turning Stoker’s novel and the Dracula Dossier on their heads and having a good guy Dracula? Hmm… Actually, I think I want to avoid incorporating familiar characters when possible; that way the guest stars won’t take over the narrative.
We also need some antagonists – not villains, necessarily, but certainly opponents for Ruby. Hmm…
Well, that’s probably enough to start with. I should probably put off reading any of the dozens of other game books, manga, and novels in my backlog and try reading Soulless again.
Labels: rpg