2015 promises to be an exciting year. In just over a week, I’ll be at Chupacabracon II, gaming with the luminaries of Savage Worlds and GUMSHOE (and hopefully doing some networking). My professional publishing writing career will get really underway; I’ll be getting my section of Steamscapes: Asia done in the next couple of months and I’ve got a brace of articles already accepted for upcoming issues of Savage Insider. Robin and I have some new resources and renewed will to apply to writing careers, so we’ll probably be incorporating soon and looking into self-publishing and other avenues.

I plan on expanding the blog to write about Dungeons & Dragons as well; it’s a crass commercial move to attract a bigger readership, but it’s also the result of a genuine revived interest in the game inspired by the new edition.  Besides, I want to be a writer, not just a Savage Worlds writer. This does not, however, mean I’m giving up on The King is Dead; I have to admit, however, that playtesting the setting with actual players has opened my eyes to certain problems in the premise.

I think I’ve made some good friends in the RPG industry and in the local gaming community over the last year. It hasn’t always gone as desired, but it’s still progress. Hopefully, 2015 will be even better…

In the meantime, here's a cat picture: 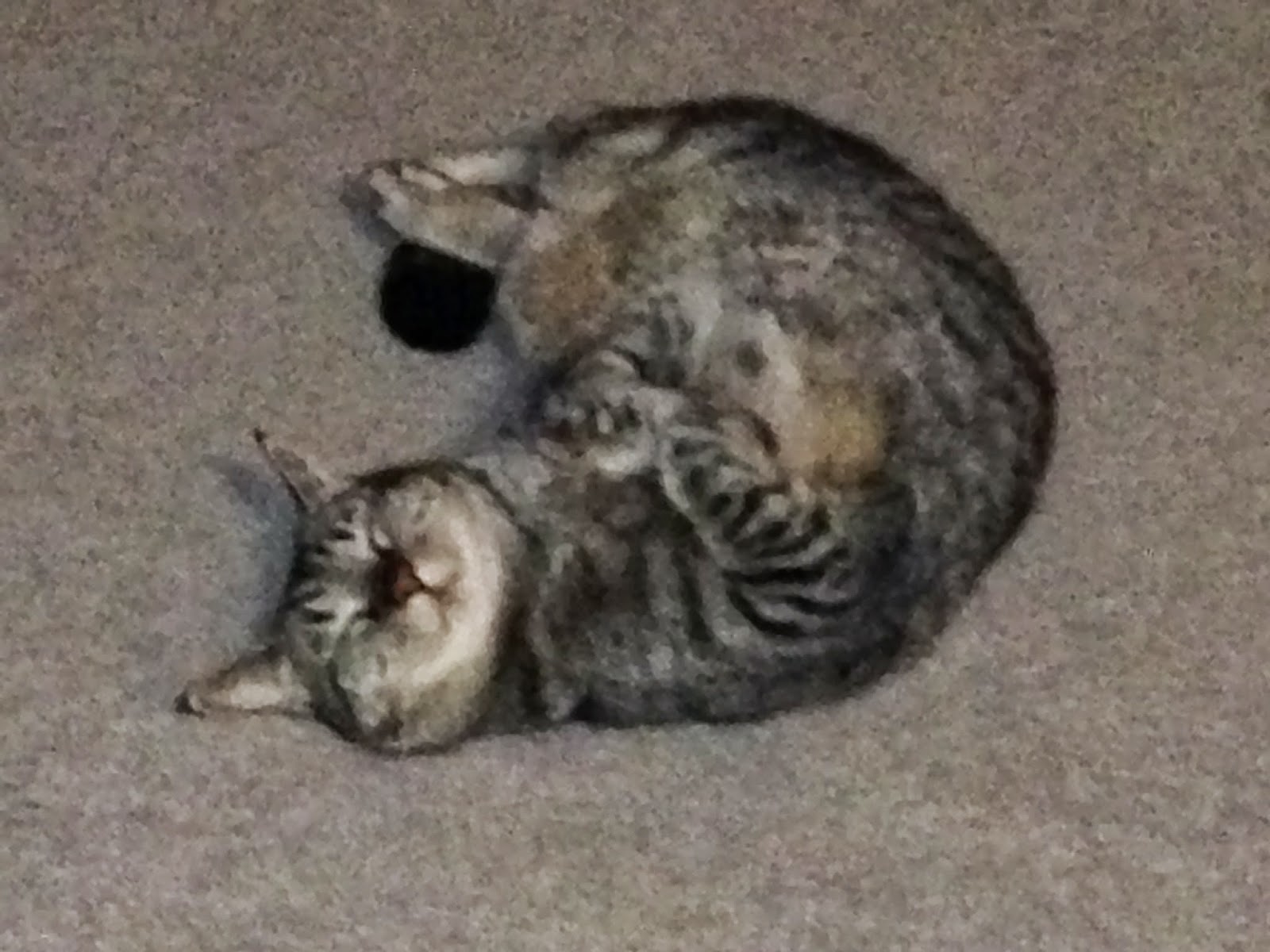