The King is Dead: Taking it seriously

So…  There are actually people in this world who want me to publish The King is Dead so that they can pay me to own it.

Who the hell am I to argue with that?

I can admit up front that this is going to be a challenge.  I’ve had a few other projects on this blog fall through because I’ve taken them seriously, because I’ve gotten too caught up in historicity and minutia.  The reason I took a hiatus to write those wacky setting sketches and the Accursed Fan Five was because I was taking The King is Dead too seriously.  (I somehow forgot that Spirit is associated with Persuasion and not Smarts and the stats were all wrong for the aristocrat politicians which bummed me out tremendously and then the stat blocks for the vampires were just ridiculously huge and I got bummed out even more.)  Thankfully, the break has made me reevaluate a few aspects of the setting and helped me center myself again.

I can take The King is Dead seriously by remembering to not take it seriously.

This is a fun setting of Hollywood history.  It’s about justified outlaws and honest con men.  It’s about slipping in references to Hammer films and anime.  It’s about doing good by being bad.

There isn’t anything more fun than that. 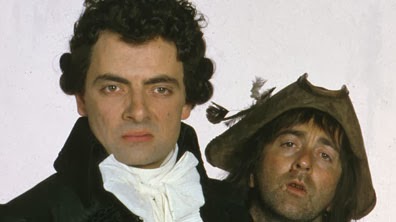