The King is Dead: The Blood is the Life (Revised) 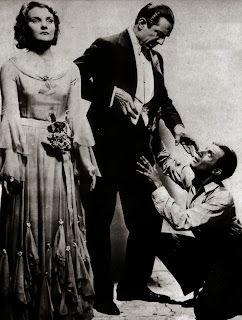 The blessed of Sathaniel watch over mankind as shepherds watch over their flocks, but sometimes shepherds must use sheep dogs to guard the lambs from wolves.  To this end, vampires employ their still-living children -- the dunpeals -- and their blood-bonded servants -- the moroi,

The power of Sathaniel that flows through the veins of vampires and dunpeals can bestow their inhuman strength and vitality upon mortals who drink it.  Old men feel young again and young men feel immortal when they drink the blood.  When offered such temptations, few can resist agreeing to any service the vampire commands and become the instruments of their own oppression -- sheep trained to be sheep dogs.

Moroi exist in many levels of society.  The Glorious Revolt worries most about those used as assassins and double-agents to infiltrate the secret societies, but the majority are the aldermen, bailiffs, and burgomasters that enforce the law in the hamlets and towns of Malleus.  These willing dupes ensure that their inhuman lords receive the blood tax and that the population remains compliant.

It is rare for vampires and dunpeals to waste their blood on human lovers, unless they have particularly athletic tastes.

Any NPC archetype may be converted to a moroi by adding the following template: