Had I but world enough, and time…


Man, there are times I wish I was enough of a gambler to quit my day job and write all day – but I’m not, so I guess I’ll just have to post a hodgepodge of things I wish I had the time to turn into full posts of their own.

Titansgrave Episode 9 features a really controversial bit of GMing. Basically, the entire episode is a series of dream sequences that Wheaton narrates to the players, allowing them only occasional (and largely binary) choices. My first reaction was that this was terrible GMing, but maybe it isn’t. Dreams, after all, have very weird logic and we have very little control of them. I dreamed I was Jackie Chan last night, but what began as an action romp ended with nightmares of broken glass in my mouth. I know I’d never be able to get my players to pay attention to half-an-hour of other people’s dream sequences, but such lack of player agency perfectly captures dream logic.

(Also, Wil acknowledged on his Tumblr that it was a controversial choice and largely done for the TV audience. He said that he’d rarely resort to such techniques in a normal game.)

Wine and Savages has ranged far and wide over the years, but it began with a much tighter focus on swashbuckling genres. Nate Christen at D20 Pirates has been blogging longer than me, and has somehow managed to keep his focus firmly on piratical RPGs. I don’t know how he does it, but I admire it greatly.

I’d love to write a series of articles on anime for RPG fans, but I just don’t have the time. My impression is that most gamers aren’t anime fans – though, given the presence of anime at Gen Con, I might be completely wrong. If I am right, then this is weird because there’s tons of anime based on fantasy RPG tropes inherited from D&D. I could easily write a ten-post series recommending various anime to gamers while statting up the protagonists in D&D 5e or Savage Worlds stats (Natsu Dragneel is obviously a dragonborn dragon-blooded sorcerer, even if he looks like a human). I’d love to count down from Fairy Tail (fun but least relevant) to the most D&D-ish anime ever made (and based on an actual RPG campaign): Rune Soldier, a sex comedy set in the same universe as Record of Lodoss War, but telling the story of an idiot wizard who would rather solve things with his fists than his spells.

(Also, I could write about Monster Musume, another sex comedy – but this time about a modern college student who finds himself with a harem of demi-humans that includes a lamia, a harpy, a centaur, and someone who looks an awful lot like a drider.)

I remember that Tribality asked for guest post submissions a few weeks ago. This would be such a perfect fit for that.

HONOR AND DEATH is on its way to become my most popular post. It’s only a few hundred hits behind my most popular post – and that one (Regency/Gothic 1d: Pride and Prejudice Character Stats) is from 2012! Man, if I wasn’t waiting on Charles Akins to compile the Week of Vengeance posts, I’d be darned tempted to post HONOR AND DEATH as a PDF with a bigger version of the map... 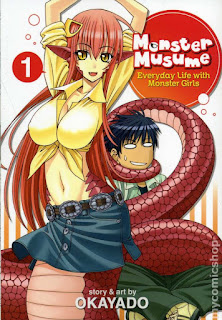