The King is Dead: The Colonies 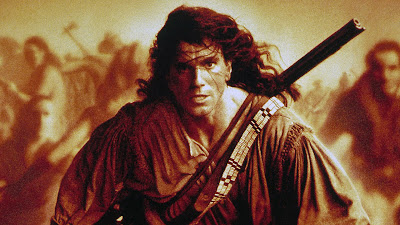 I’ve actually decided to start our new The King is Dead duet in the Colonies rather than on Malleus.  I haven’t quite figured out how the vampire nobility works – How many of them are there? How are their families organized? Why haven’t they eaten the entire island already? – and so I decided to start with life in the Colonies because that’s relatively unchanged from real-world history.  Which means I need to get some material written on the Colonies.

I have also changed my mind on the subject of vampire sex.  An upcoming post will address this in more detail (once I’ve better sorted those details out) but take it as given at this point they can and do have the capability for intercourse (though it is difficult and somewhat embarrassing), that male vampires can sire dhampir (known as dunpeals in the King is Dead) while female vampires cannot carry a child to term, and that the sex lives of noblewomen are just as proscribed as I stated earlier.  Dunpeals do need to drink blood to survive, they can live several centuries, but it is very difficult for them to breed true.

Exploitation of the continent of Atlantika has proved problematic for the noble houses of Malleus.  Unlike its sister continent Darién, it is covered in ash trees; unlike Bharatastan, it has no native vampire population to assist Mallean interests in gaining a foothold.  Indeed, the native population of Cruthin (“Painted People”) are determinedly hostile to vampiric expansion.  This has led to a development deeply uncomfortable to King Wilhelm and his advisors: unsupervised human settlements.

The vast majority of Mallean settlements in the Colonies are devoid of vampiric presence.  There are no proper vampires in the Colonies at all and only a score or two of adventuresome (or desperate) young dunpeals.  As moroi -- blood-fed human servitors – require a vampire or dunpeal to provide the blood that gives them their strength – and as the blood of dunpeal is weaker than that of vampires – their presence is also extremely limited.  Therefore most colonists are left to their own devices with only the sermons of their local pastor to keep them obedient to king and country.

This is not working.

The Colonies are a hive of freethinkers and anarchists.  Released of the burden of the blood tax, even colonists of upstanding Mallean families begin to question the word of Sathaniel.  Clavish and Lochlanders who buy their way out of servitude find that they really can get a plot of land to call their own.  The example of the Six Nations of the native Cruthin inspires talk of democracy.  The vast, unspoiled wilderness is a siren call to freedom.

Mathildeland
Founded as a refuge for Orthodox Sathanielists, the colony has since been overrun by Reformed Sathanielists and its original Orthodox inhabitants have become a hated minority.  Its primary crops are tobacco and wheat.
Moswetuset Bay
Originally founded by Purified Sathanielists, the colony has become infamous for the Druid trials at the beginning of the century and growing unrest that has plagued the two decades.  The capital of Trimountaine is a hotbed of Illuminated activity.

New Kaiserland
It’s only been a few decades since New Kaiserland was appointed a governor separate from New Malleus.  The pine barrens are home to what local legend claims is either a malformed dunpeal or escaped demon called the Kaiser Teufel.

New Malleus
Dominated by the Neuhammer and Maquas river valleys, this large colony is both the most civilized colony (particularly the busting port city of Neuhammerstadt) and home to the threatening Six Nations confederacy.  While relations between the colonists and the Cruthin are amicable, the local governor is less sanguine.

New Thornshire
Relations with the Cruthin are less amicable in New Thornshire, but then the colonists there are also often in armed conflict with New Malleans as well.

Nordkarolina
Decrees by King Wilhelm against expanding westward into the Allegany Mountains are deeply resented in the colony, and frequently ignored by frontiersmen and trappers.
Quinetucket
Home of gun-runners, pirates, and whalers.  Due to the haphazard way land grants have been issued by King Wilhelm, it has large western territories on the far side of New Malleus that bring it into conflict with Überwald.

Reinland
The oldest colony, it was named for the promise of its virgin fields and woods.  Early attempts to start install a vampire at Roanoke led to the mysterious disappearance of all the inhabitants.

Rote Insel and Vorsehung Plantations
A strange and eldritch colony, home to more devout Sathanielists than elsewhere in Atlantika.  It’s best not to linger in the graveyards at night.

Südkarolina
The capital, Karlsberg, is a prosperous port (even if it has been home to the infamous pirate Schwarzen Bart).  The western part of the state is a contentious buffer zone between Cruthin and colonists.