The King is Dead: Plot "Points" 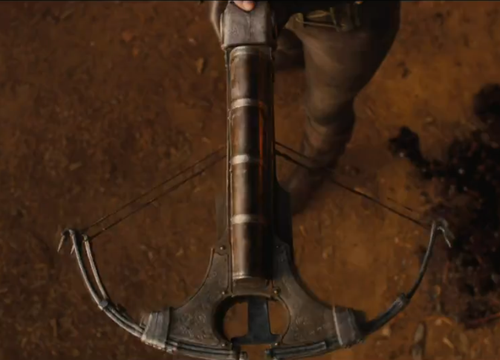 One of my ambitions for The King is Dead is to provide a proper Savage Worlds Plot Point campaign.  For those unfamiliar with them, Plot Point settings straddle the line between old-fashioned sandbox settings and newfangled adventure paths; they are meant to provide a lot of room for player agency and GM improvisation while at the same time providing a tour of the setting that is also a plot with a beginning, middle, and end.  I've read some Plot Point settings that I really like (50 Fathoms, Slipstream), some I enjoy but find problematic (Evernight, Rippers), and some I just don’t like.  I've been struggling for a while just how to approach a Plot Point campaign for The King is Dead, and I think I've had a couple of epiphanies.

One is coming up with a title.  Most of the classic Plot Points are intimately intertwined campaigns and settings, and many end by “breaking” their settings in some way.  They’re usually about confronting the Big Bad of the setting and “healing” the setting; some radically change the setting while others end the “season one” villain while setting up new adventures.  50 Fathoms ends with the magical flooding of Caribdus stopped and Slipstream ends with the defeat of the evil space monarch, but both Evernight and Rippers include major “gotcha!” moments that really screw with the players.  The Rippers Plot Point campaign especially effectively ends the setting.   Giving The King is Dead’s Plot Point campaign a title designates it as a discrete entity from the setting itself; a title promises that no matter how much the campaign might change the sociopolitical structure of the game world, the setting and characters continue on regardless.

(That title, of course, must be “The King Must Die!” because there’s really no way you can do a campaign in Malleus that doesn't end with the defeat of King Wilhelm.  Just because the players have freed Malleus, however, doesn't mean they've either ended the plague of vampirism or saved the world…)

The other epiphany is something that’s still a bit murky in my brain: actual plot points.  As in, giving out points to the characters that they can spend on the plot.

Plot points (plot point$?) would be a way of enabling player control over the metaplot.  Nothing happens in a vacuum, but no player likes having her character overshadowed by NPCs.  I imagine plot points as a way of buying change in the greater campaign setting without having to play out every scientific breakthrough or political rally.  Points might be gathered for achievements in play or between-game Dramatic Tasks and/or Interludes.  Points might be spent to introduce a piece of steampunk equipment into the world (“I've just received a word from a learned compatriot that he has perfected his Magnetic Divinometer, and he's willing to lend us the prototype!”) or cashed in for plot contrivances (“Our allies in St. Goliath’s will stage a mob uprising to distract the Watch while we break into the armory.”) or even discover new vampire weaknesses ("These long-forgotten tomes tell me the ancient Pariah worshipers once knew of something called 'holy water.'").

Or something like that.  I’m not sure of the details yet -- I just had this thought a couple of days ago and I'm still working out the details -- but my instinct is that this would be a fun way for players to literally invest in the setting.  There's some genuine fun to be had in spending all the imaginary gold you earn in an old-school dungeon crawl, but that money-grubbing approach really doesn't feel right for a game about revolutionaries.  I've been thinking about expanding the unique abilities of the secret societies (maybe granting a free Edge or imposing a specific Hindrance); maybe every society could have a unique menu for spending plot points.